Oh Canada, we will party hard July 1st for thee!

And by party, I mean throw a bunch of really lovely, family friendly events that show our true patriot love in this happening city.

For starters, how about you take your nationalism to the next level and become part of one of the world’s largest living flags?

Since 2011 Downtown Winnipeg Biz (those stars) have been putting on some of the biggest living flags that peeps have ever seen. They are in fact so cool that the image of the 2012 one was put on a Canadian stamp. (#MAILIT or should that be #MAILEDIT?)

Last year they had an estimated 3,800 people in the flag, which you can see in the pic above (by Dan Harper) at Shaw Park, making it the largest of its kind in Canada.

This year they are at it again at Shaw Park, the home of our Winnipeg Goldeyes baseball club, who are also playing a game later in the day versus Sioux Falls (tickets here). The angle of the photo for 2016 will showcase the Canadian Museum for Human Rights and the Esplanade Riel, so it’s going to be a good one once again. 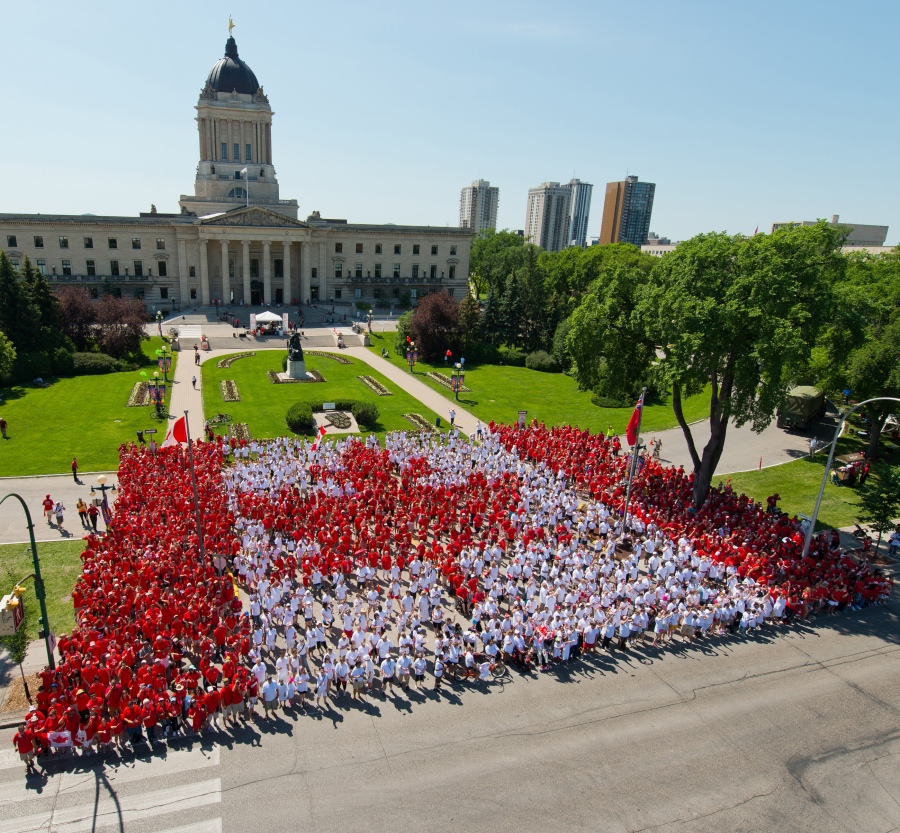 It all starts at 9 a.m. (first come, first serve for Canada Day T-shirts, although you should obviously be wearing either red or white), with the flag photo taking place around 10 a.m. During all this, they will also have entertainment from Dave Quanbury & the Exile Brass along with activities for the kids and patriotic swag. For more info check out the website.

From there, plenty of options are at the ready.

For you nature enthusiasts, Oak Hammock Marsh will be holding celebrations throughout the day, including horse-drawn wagon rides around the marsh and guided canoe adventures through the wetlands. As well, storyteller Allan Webb will be spinning tales from 12:30 p.m. to 3:30 p.m.

FortWhyte Alive too will be bringing outdoor programming that is sure to be “glorious and free” (with regular admission😉 ). Activities include guided bison hikes (because nothing says “happy birthday Canada” like the world’s largest urban bison herd!) and rides in the lakes in those massive Voyageur canoes. It all goes down from 1o a.m. to 4 p.m.

And how about this? To celebrate Canada Day, admissions to Fort Gibraltar will be FREE from 10 a.m. to 4 p.m. This place is always great, as you and the family can experience life like it was in 1815 through a cast of costumed historical interpreters who are still living in the fur trade era. Plus, you’ll have a chance to see the miniature version of Fort Gibraltar that photographer extraordinaire Dan Harper meticulously reconstructed with LEGO.

For something more urban, there is the annual Osborne Village Canada Day Street Celebration, which is Winnipeg’s largest and longest-running street festival. Now, let’s first say that this party is so pumping that it can’t be contained to one day! When one of Canada’s coolest neighbourhood’s throws a party it makes it epic, so you can check out the Festival on Thursday, June 30 (7 p.m. to 11 p.m.), Friday, July 1 (11 a.m. to 11 p.m.), and Saturday, July 2 (11 a.m. to 11 p.m.).

And what’s on doing this three-day festival? Well, for starters the Village will be closed to cars from River Avenue to McMillan, meaning all the local businesses will be out on the street doing their best in food, fashion, funk, and family friendly stuff.

Specifically on the family friendly front, Sky Zone (the trampoline park people) is sponsoring a Family Zone that will feature a large petting zoo, inflatable bouncing structures, a giant pirate ship slide (I’m sold right there), a giant hamster ball obstacle course and kids entertainers. There will also be food courts, the Village Market — where you can get organic meat and baked goods along with work from local artisans, while the BigSteelBox storage company is setting up an Adventure Zone, featuring baseball dunk tanks, NBA Basketball Courts (with surely better officiating than this year’s finals) and other sporty numbers. 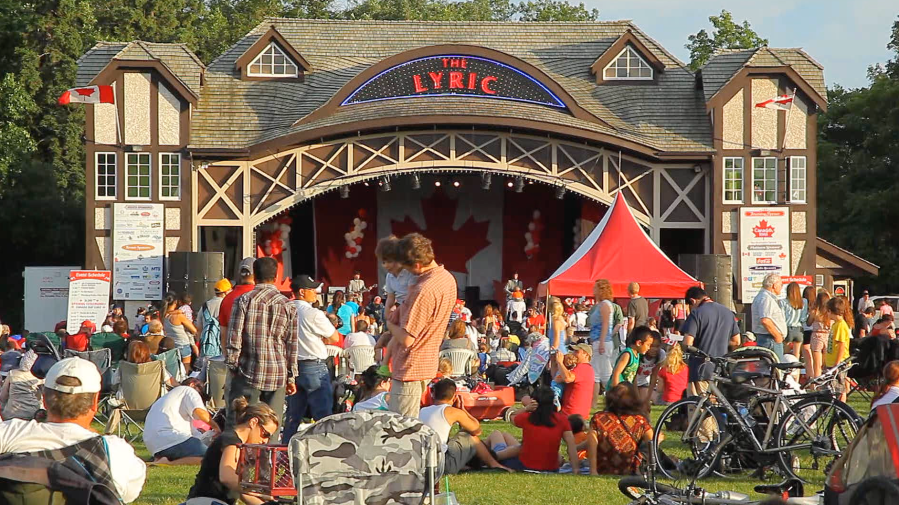 Winnipeg’s largest park is also getting in on the action with Canad Inns Family Fun Day at Assiniboine Park, which will culminate with fireworks at 10:40 p.m. Starting at 1 p.m. there will be entertainment on the Lyric Stage (going all the way to 10:30 p.m.); kid’s entertainment from 1 p.m. to 8 p.m; free birthday cake at 3:30 p.m.; and lots of other fun stuff.

Finally, there is Canada Day at The Forks presented by Manitoba Liquor and Lotteries. This one right here is an all-day, and most-of-the-night party, with live music on two stages (Under the Canopy from noon to 10:30 p.m., and the Festival Stage from 6 p.m. to 11 p.m.) along with plenty of fun in The Forks Market. (And parents, The Common is now open in the Market, meaning there is wine and beer on tap along with great new food kiosks that your kids will love.) 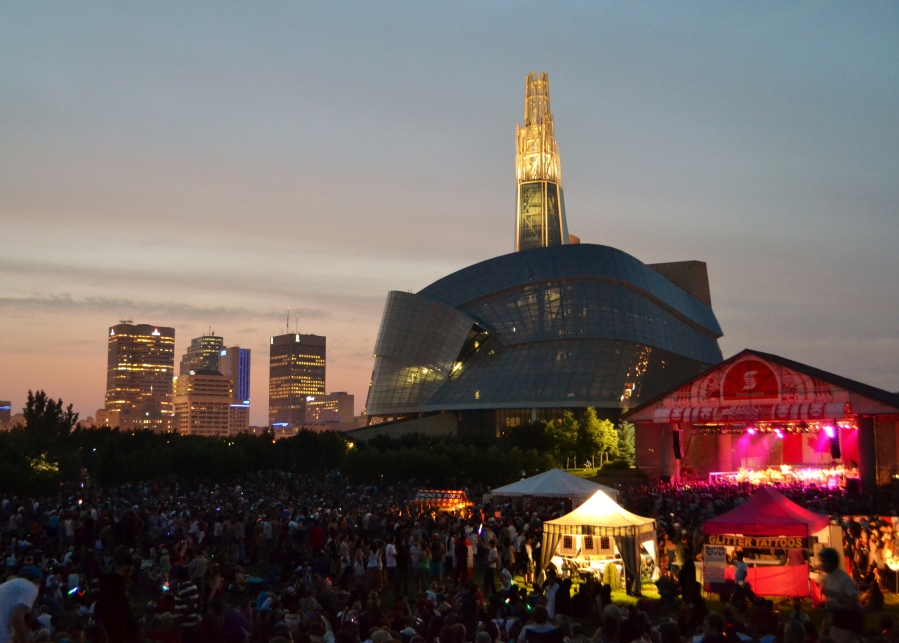 For the kids at The Forks you have fun things like the IMPACT Obstacle Course and wind sock making with the Winnipeg Art Gallery, while institutions like the Children’s Museum and the Canadian Museum for Human Rights are offering family friendly activities all day.

As well, at the Oodena Celebration Circle, there will be the Founding Nations Tribal Village (noon to 9 p.m.) featuring traditional dancing, drumming, singing and storytelling.

It all ends with a spectacular fireworks display that you’ll be able to see from almost anywhere downtown.

So make you plans today, because we’re only going to get to party like Canada is turning 149 once!

Fireworks at The Forks (photo by Kai Chang)

One thing’s for certain, the only thing with a long face at Assiniboia Downs Gaming and Event Centre is the...

The Holiday Inn Winnipeg South is looking a whole lot sleeker these days with a chic new design that’s a fi... 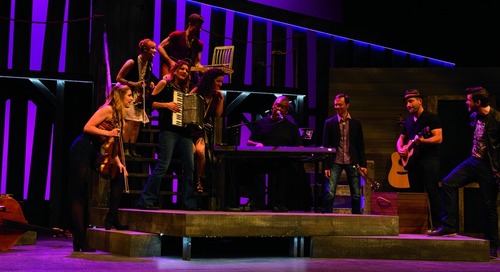 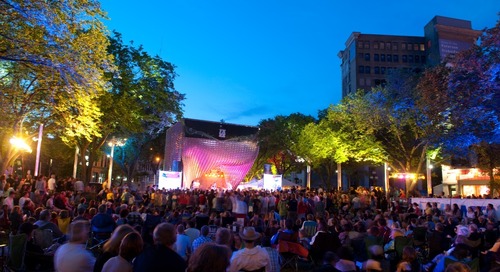 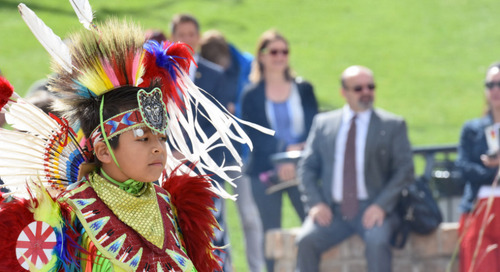